Plants have fascinated Jim Good since he was six-years-old.

His love of Canada’s trees and wildflowers led him to open and operate his very own nature park.

That park, Goodsir Nature Park, which spans 160 acres and features over 2,000 plant species, is now gearing up to celebrate its 30th anniversary.

“The actual day the park turns 30 will be June 21,” says Jim Good, who purchased the land back in 1987 with the intention of single-handedly turning it into a nature park. 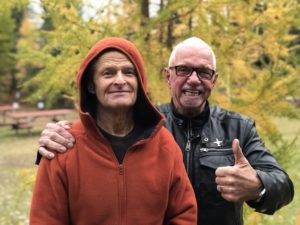 He says when the park first opened in June of 1989 he had written a special declaration to mark the occasion.

“Now 30 years later, I will be re-reading that original declaration word for word in the exact same spot,” says Good, adding that at the time he felt foolish for writing it, thinking the park would never go anywhere.

“I could not have been so wrong in every aspect,” laughs Good, reflecting on the approaching milestone.

In his early years, Good spent all of his free long weekends and holidays travelling around the country to study new plant life.

“I’ve been across the country twice and each time it’s for the main purpose finding new plant life, documenting, photographing, pressing, recording, and in some cases bringing back live plants,” says Good. “But I’m very conscientious, I had the knowledge back then to avoid certain invasive plants or something that might have had a disease in it.”

Each living plant in Goodsir Nature Park feature’s an interpretive sign that shows a map of Canada, illustrating where the plant exists in the wild along with basic information about the plant.

“I have a guest register and over the years I’ve had people come from all over the world to visit,” said Good, adding that he always gets great feedback. “The comments are overwhelming. It’s positive in every aspect of the word.”

He says one comment that stands out to him, came from a university student who wrote in his guest book: Words fail me. A must for all of Canada to see. 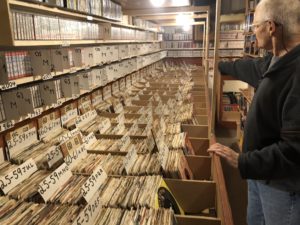 Another life-long hobby that has gone hand-in-hand with Good’s love of plants, is his love of records.

One of the museums located in Goodsir Nature Park is the J.L. Good Record Museum, which houses his record collection of more than 18,000 singles and albums.

“When I travel the country back in the earlier years, one thing I had to do when I go through whether it be a big city or a small town the first thing I’d have to do is find a record store,” explains Good. “I would stop and buy a record, either pop or country or the like and I would inscribe the date on the record and where it was bought, the province, territory or whatever as a memento of that town or city and over the years it grew as part of the collection.”

Visitors can now check out the record museum when they take an escorted tour through the park.

“I will ask them near the end of the tour think of a song that you heard from years ago that might bring back a memory, something you’d like to hear, and I’ve gotten a few surprises, but I think 90 per cent of the requests –  I’ve got it,” says Good.

He says whatever he doesn’t have is probably just misplaced within his massive collection.

Good has faced some challenges running the park in the last few years and has relied on the help of volunteers to keep things running smoothly.

“I actually had two heart attacks in a little over a year and I’m not fully recovered yet,” explains Good. “I had a quadruple bypass and I was told it was one of the most serious and I almost didn’t make it but God gave me a second chance so I’m carrying on.”

He says even though he loves it, there’s a lot of physical park maintenance jobs that he can’t do himself, and has to rely on park volunteers.

Despite his health challenges, Good says he is nevertheless motivated to share his knowledge of plant life with others.

“Some of those trees I’ve planted more than 30 years ago and some of them have the capacity to live hundreds of years, if they’re protected from natural and manmade elements,” says Good. “That would be my legacy. It’s Goodsir Nature Park and leaving it behind for future generations to see and that is a wonderful feeling.” 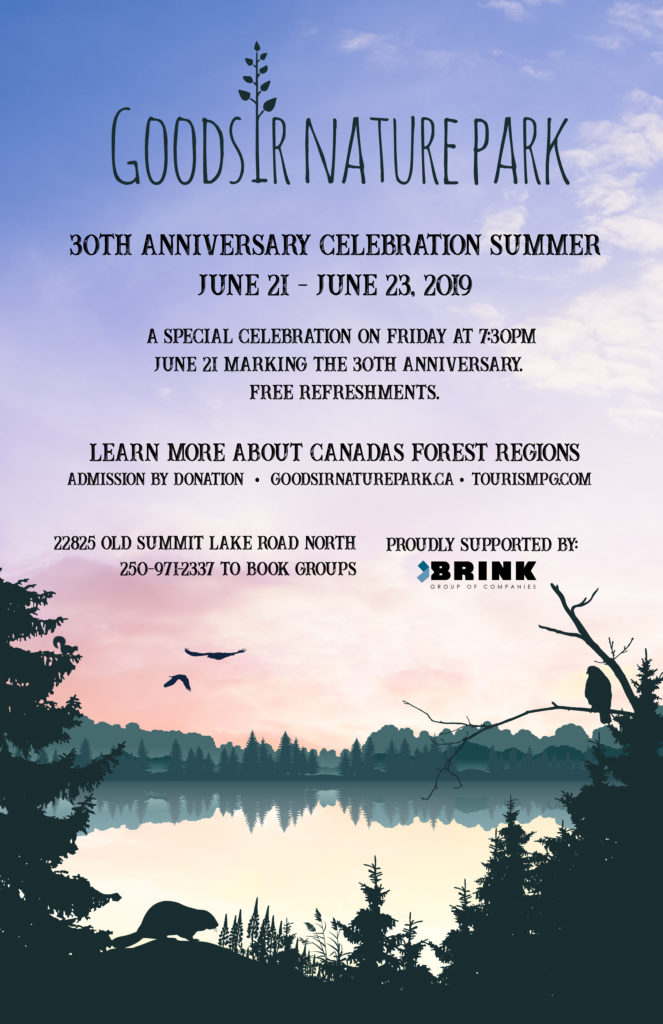 The park is located at 22825 Old Summit Lake Road North.

Admission to the park is by donation and it is open to visitors seven days a week from 8 a.m. to 6 p.m.

Jim Good is also looking for more volunteers who can help during the anniversary weekend, both with manning the food tables and helping provide interpretive tours.